Scroll or use arrow keys to navigate the site
Travel

Hello everyone!  This next few blogs may be a tad different as I, MỹDung Nguyen, have taken over the blog.  Today, we share with you: TwoTwenty’s Adventures in the Desert. Enjoy!

One fine summer day, June 12th of 2016 to be exact, hundreds of people gathered in a racetrack miles outside of the city of Reno, Nevada.  Equipped with lawn chairs and goody boxes for s’mores, an eventful day of pie-eating contests, food-truck hopping, and live music under the desert sun awaited them.  Our fresh-face crew however, arrived just before the sun winked good night. 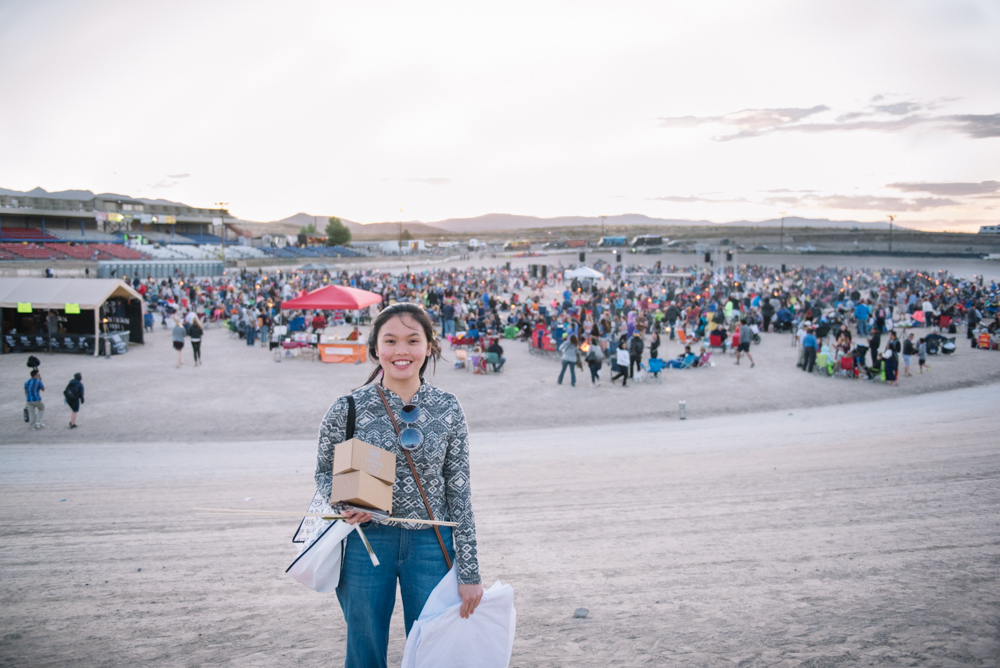 When we arrived, bonfires were going strong within a grid of TIKI torches and sea of eager people.  Every now and then, the music paused and a voice asked everyone for the umpteenth time “Please do not set your lantern on fire.” 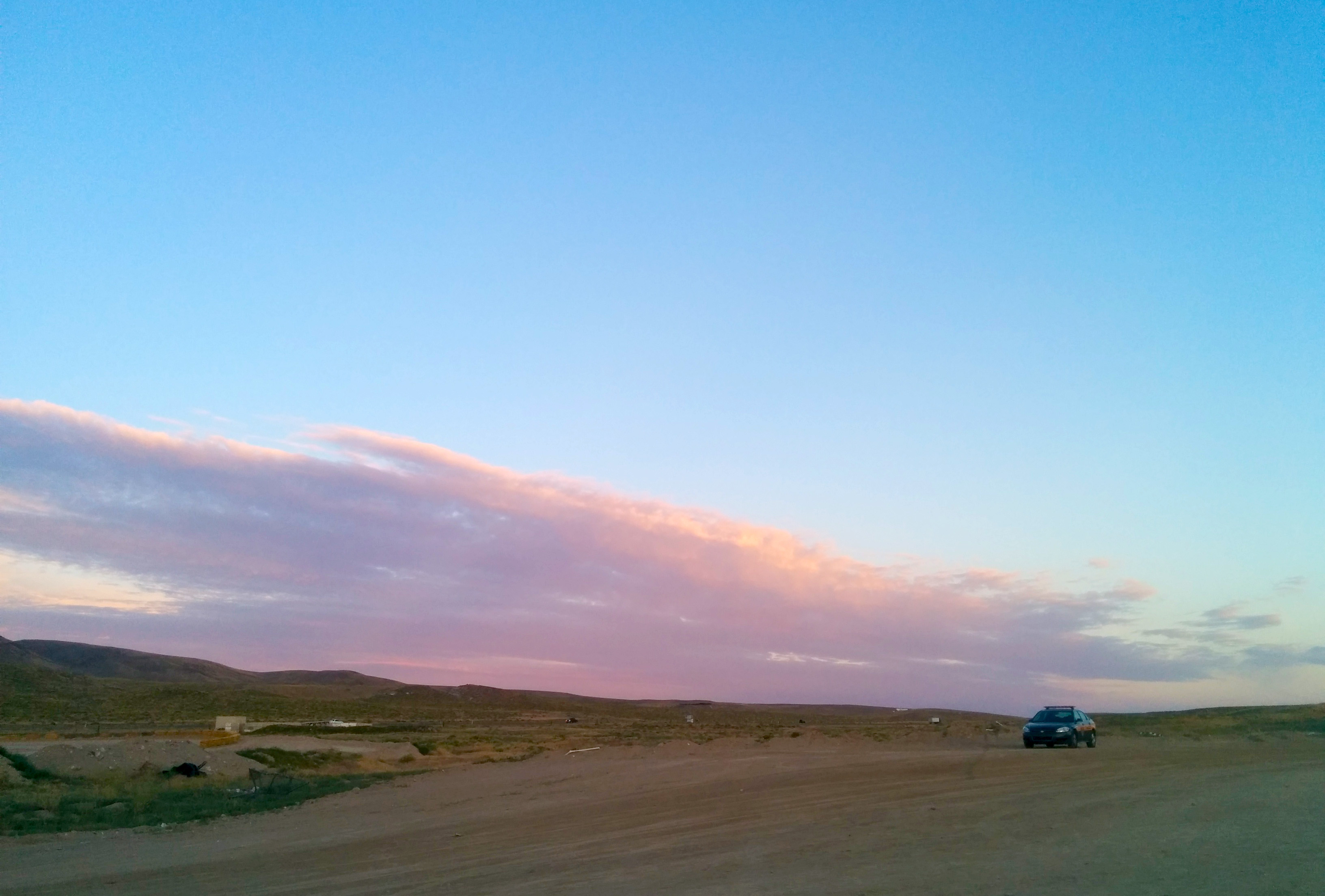 For miles all around there was only sand and dirt, built up into peaks and valleys.  The setting sun deepened the blue of the sky and made the horizon blush pink and purple.

It would seem that the only appropriate course of action was to first welcome the night with a bubbling marshmallow.

as the light gave away to night, most people pondered on what high hopes, wishes, or deep regrets to send off in the flames. 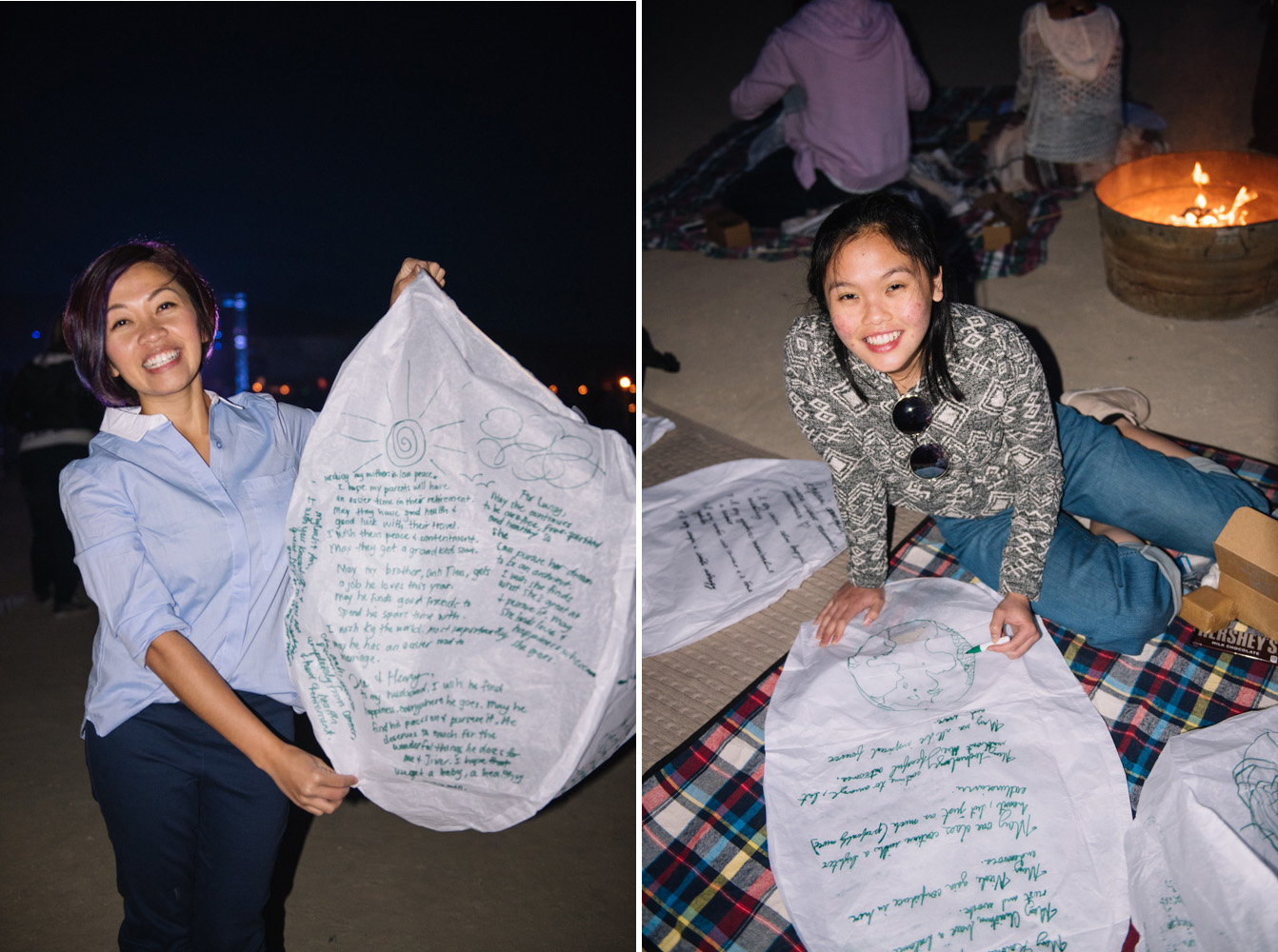 And when the last song finished, it was finally time!  Before the lighting demonstration was over people were setting their fuel packs aflame at TIKI torches; some, tired of waiting in line, took to handheld lighters (with some success and a few burns). 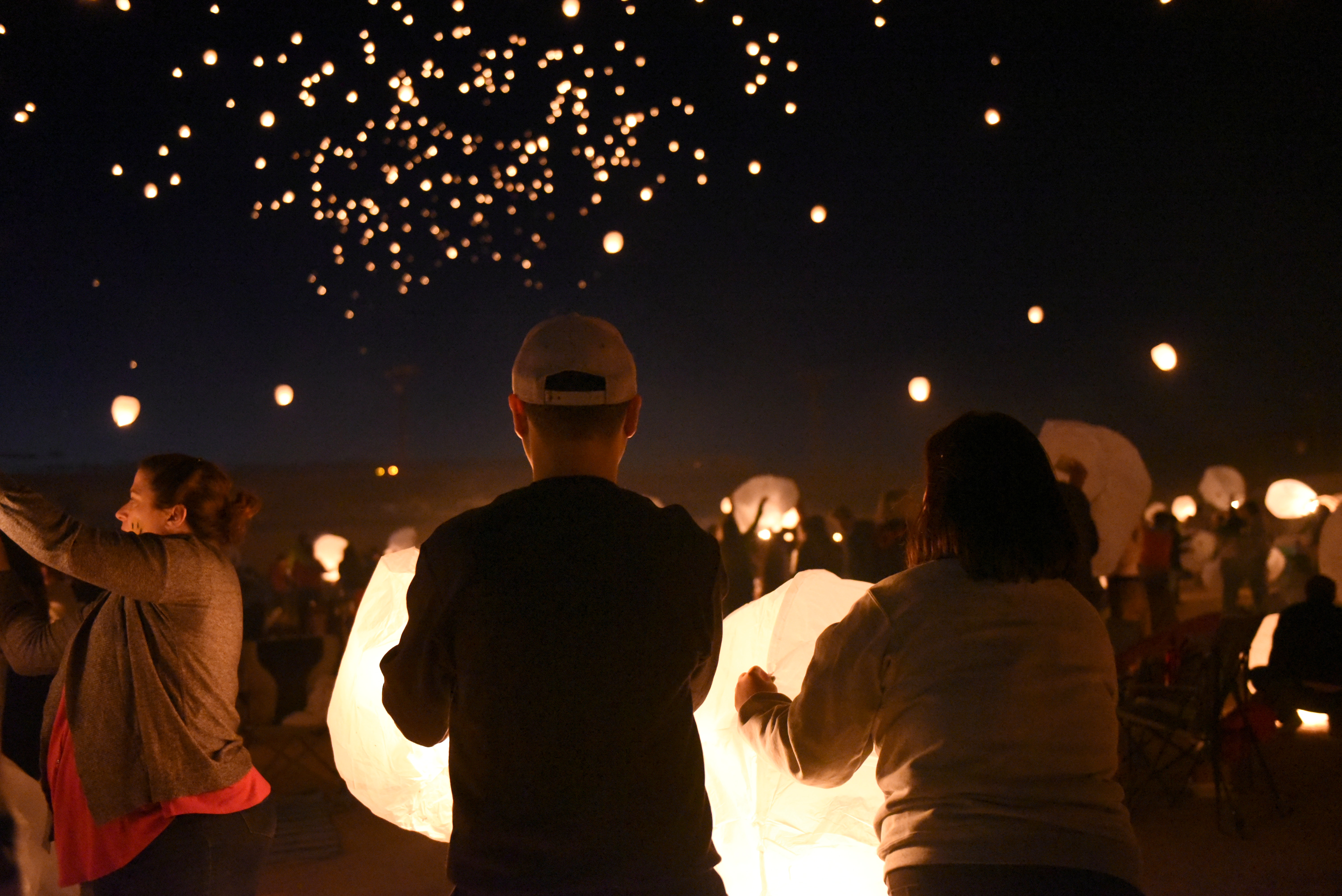 And away they went! 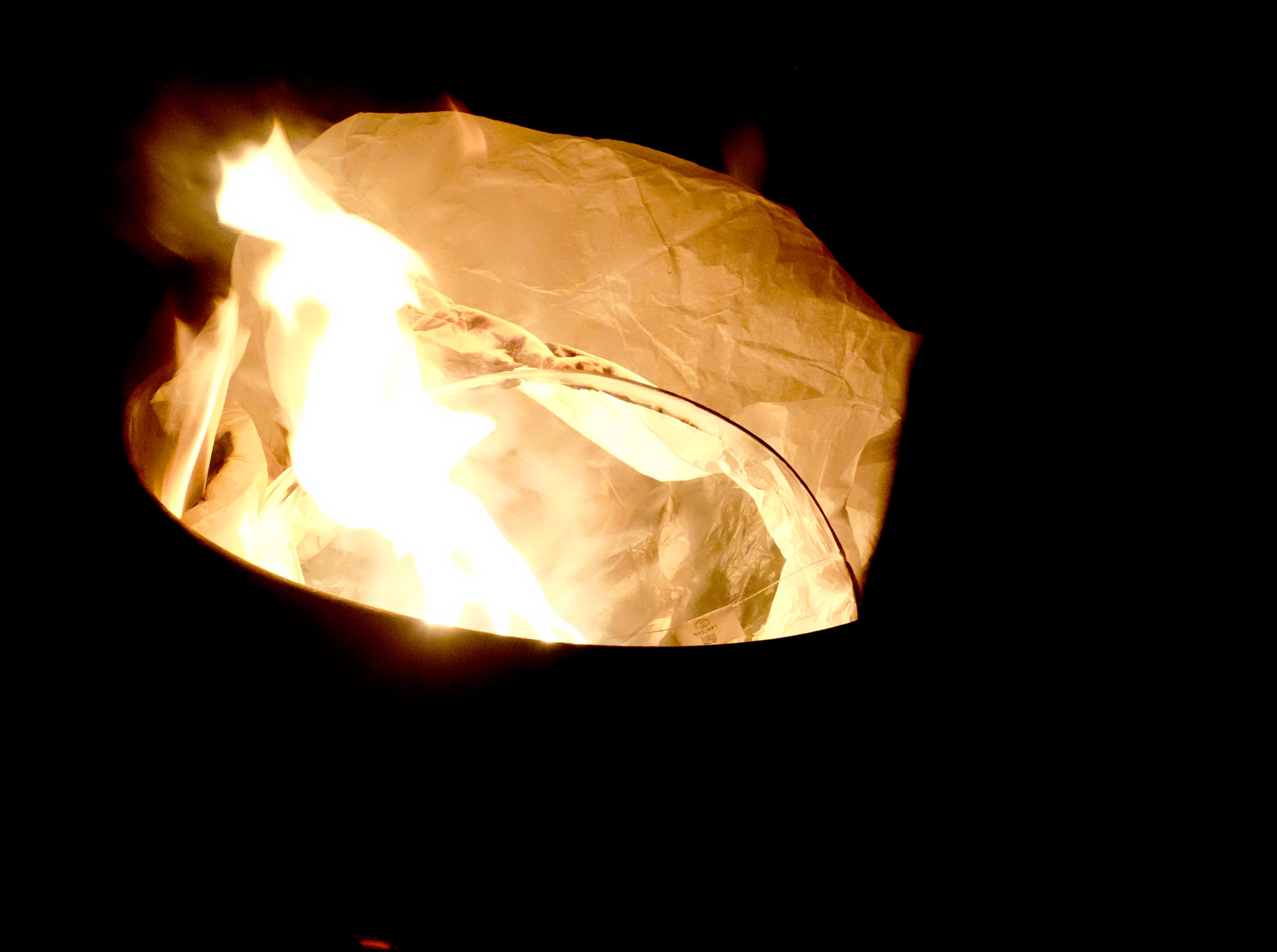 There was some difficulty along the way… 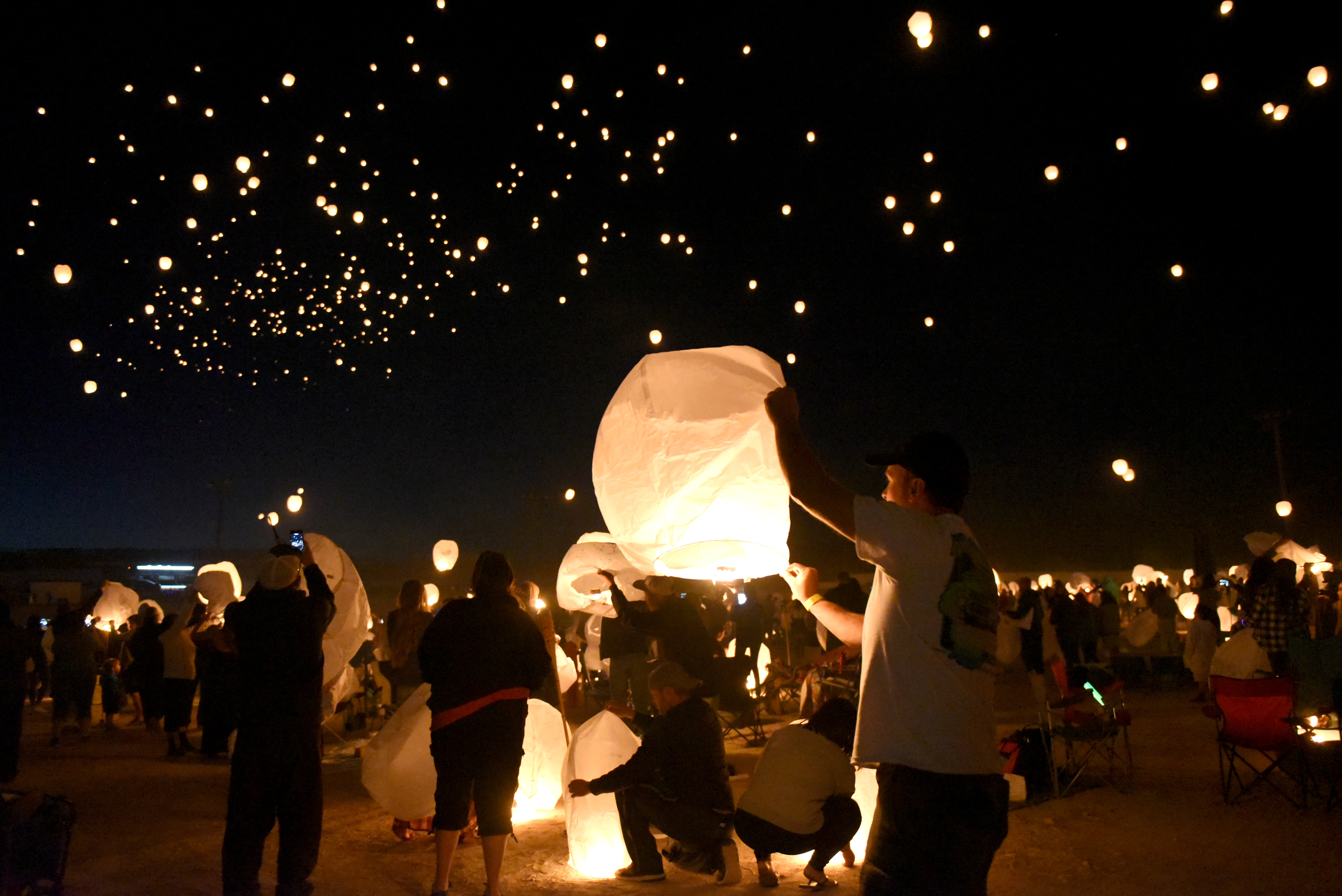 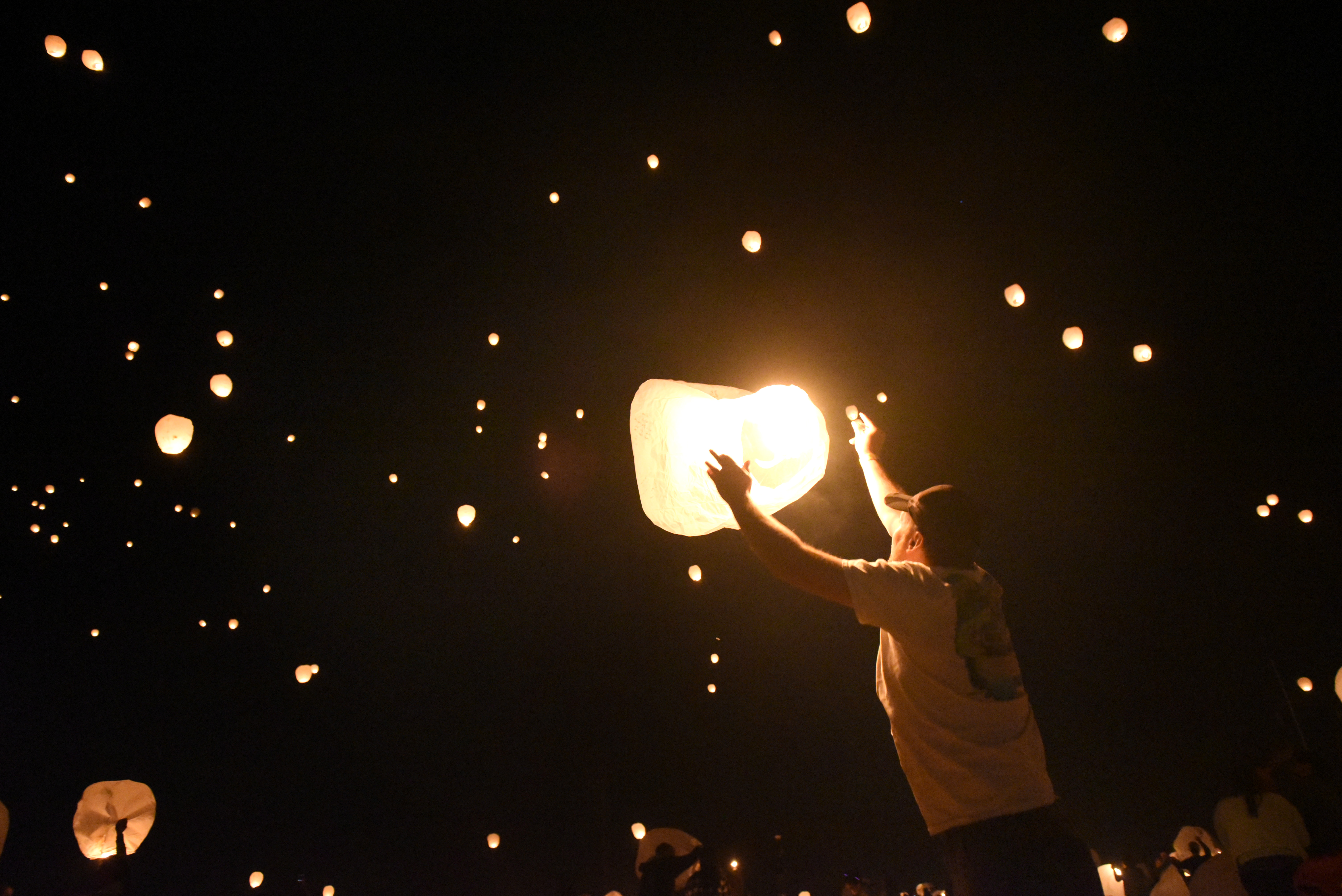 but so much more of this.

First up: Tra’s many, many wishes.

From watching these glowing orbs float away with the night breeze and then actually setting a couple free, the experience was magical.  Even with the runaway lanterns that came crashing towards unsuspecting attendees, with their launchers running after them frantically and shouting for everyone in its path to take cover.  Even when lanterns refused to lift off and eventually singed a ka-put on the ground.  Even when the pair turned around and Mỹdung’s lantern was no longer there.

Why was it still fun you may ask? 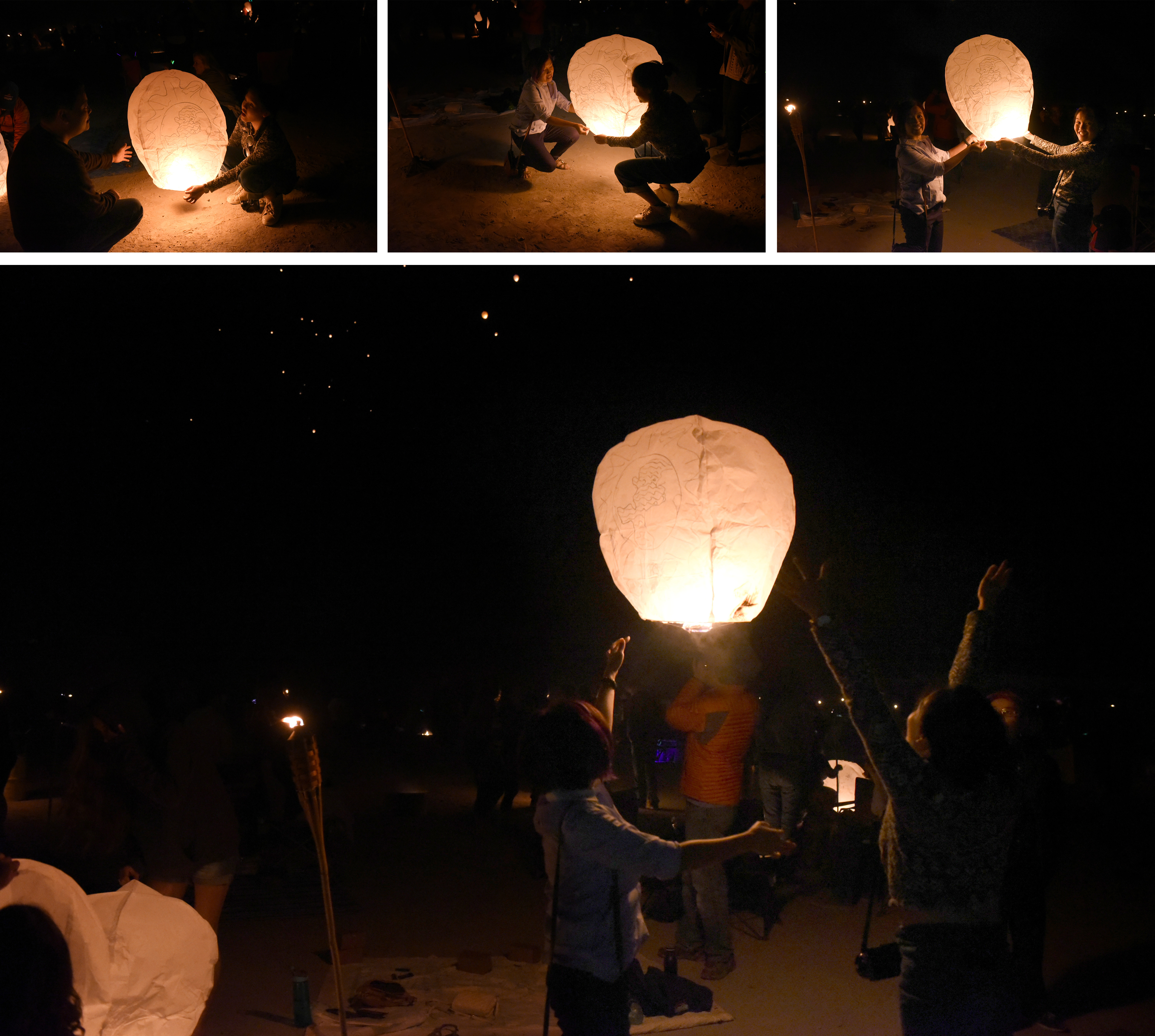 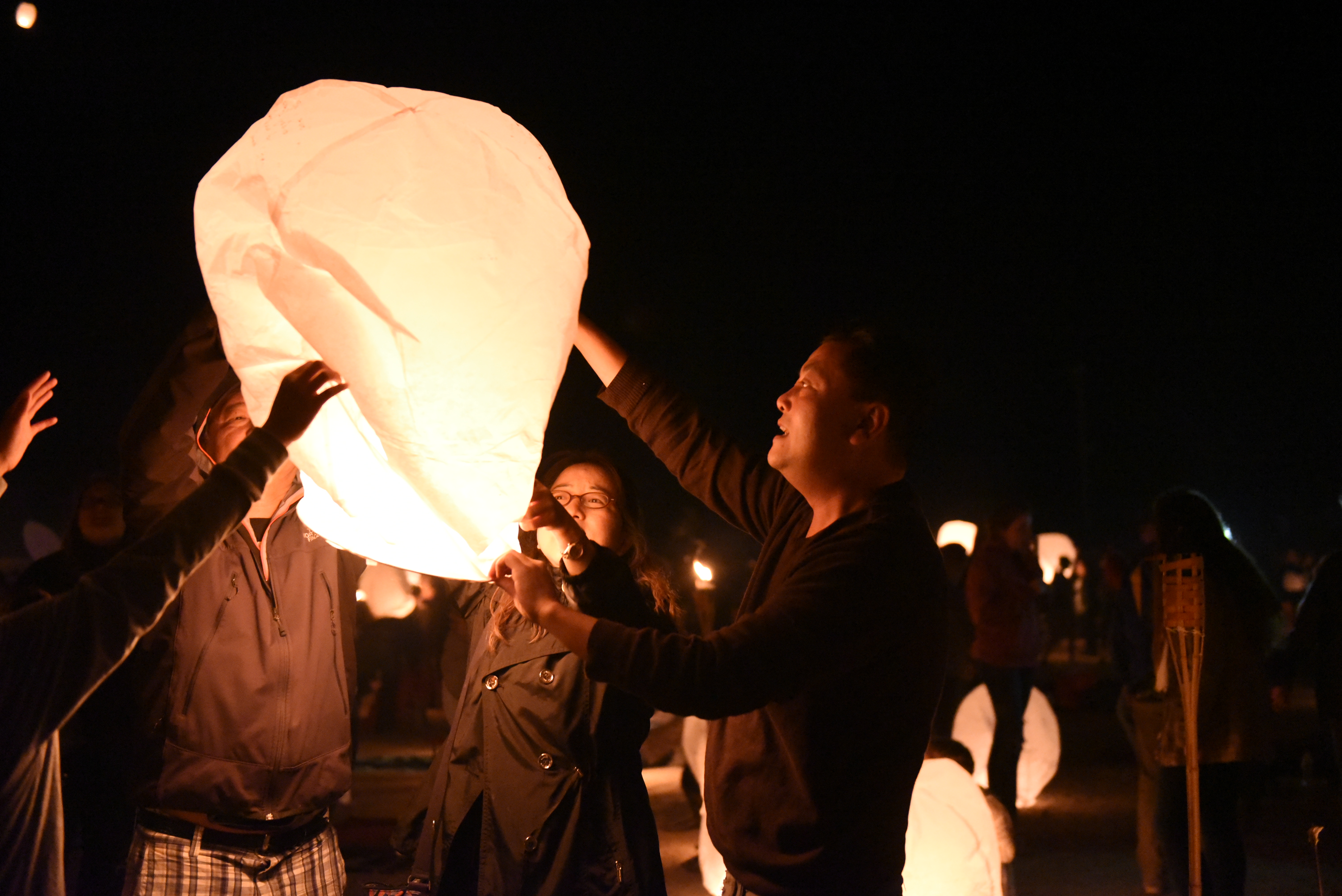 Maybe there is something about being in a desert… 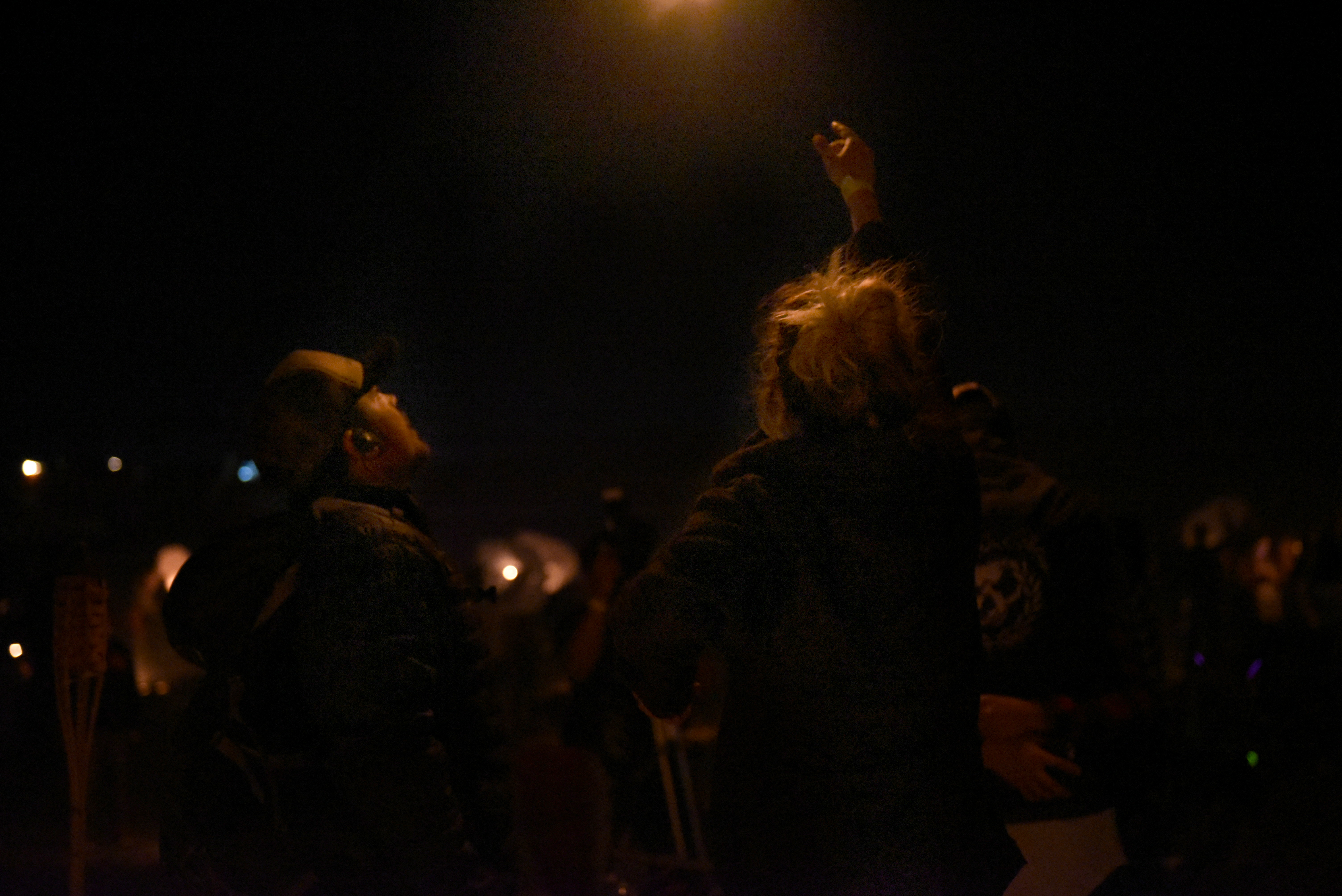 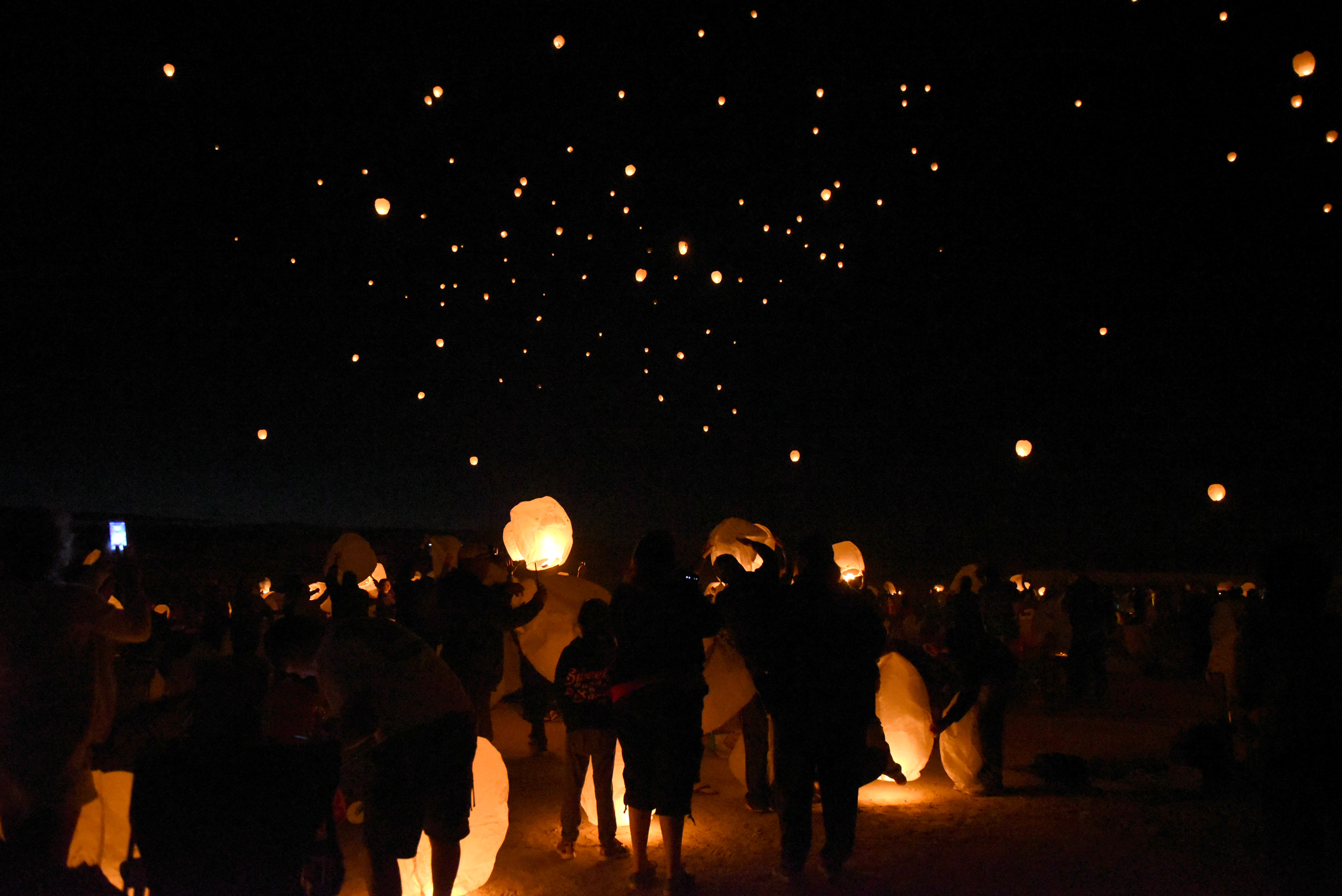 but no matter what, there was an overwhelming sense of camaraderie as people helped each other’s individual quest to launch a flame into the sky.  While we will not know if our hopes and dreams will also take flight until later in life, we can say with confidence that the Lantern Fest was well worth the drive.  We ended the night dancing around a bonfire in our most silly manners.  And by “we,” it was really just Tra and me.

Let's get in touch

I want to hear from you.

The only way to know if we are a good match is to talk. For your convenience, I usually reply back to emails within 24 hours or by phone. You are welcome to call or text me at 916-475-3346.